The polish ski mountaineer Andrzej Bargiel, who in 2019 became the first person to successfully climb and ski down from the summit of K2, has successfully summited and then skied down the remarkable Laila Peak.

Laila Peak, in the Karakorum mountains, is not one of the world’s very highest mountains, with its 6,096-metre summit a few thousand metres lower than K2 or Everest, but it does have a remarkable shape with a mile of vertical descent pitched at 45 degrees. 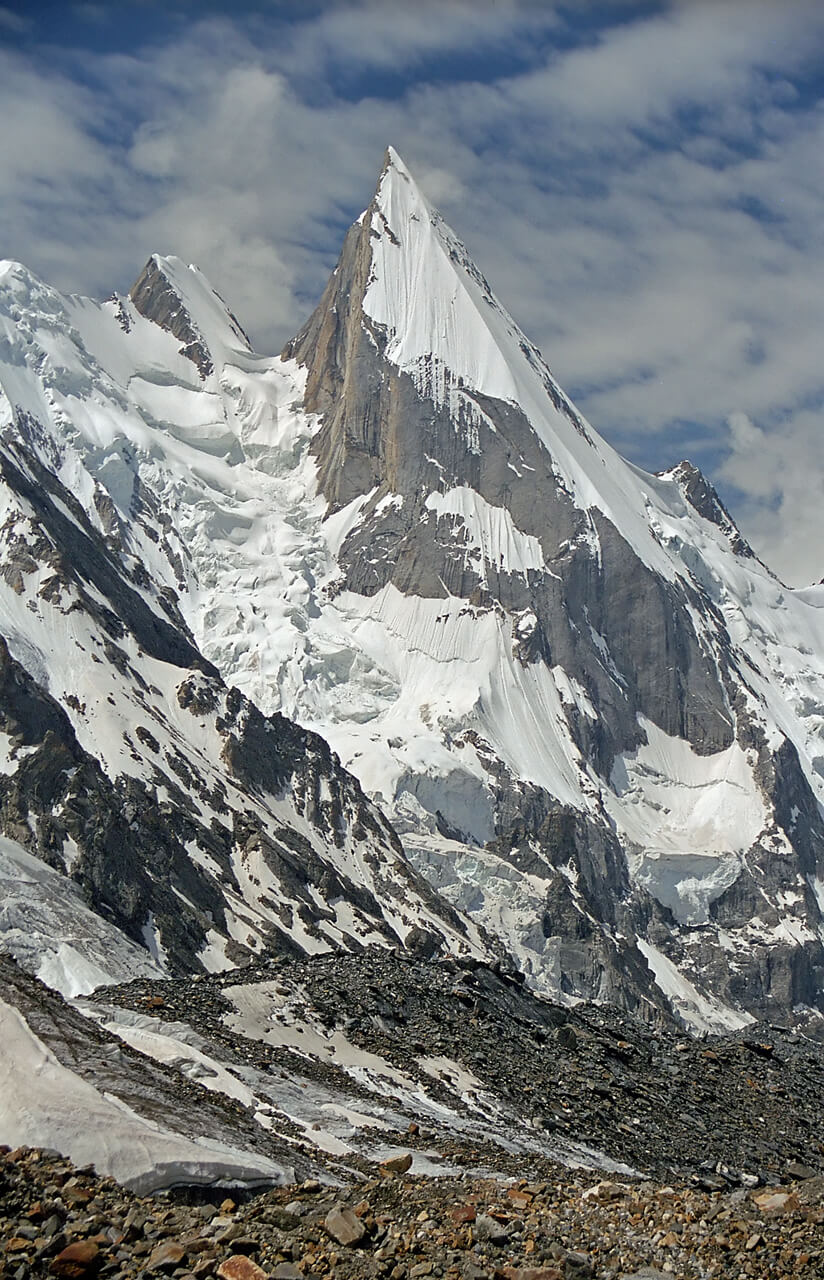 Bargiel started his descent 150m or so from the summit.  He and partner Jędrzej Baranowski did first summit the mountain before climbing back down to a start point for their ski descent they felt safe enough to start from.

In a social media post Bargiel wrote, “The second goal achieved! Today around 1:00 pm local time we reached Laila Peak summit with Jędrek Baranowski and then we skied down from 150 meters below the top to the base.”

The descent is reported to have taken 2.5 hours.  It is not actually the first ski descent this time.  A group of three ski mountaineers from Val d’Isere successfully skied Laila Peak in 2018 after several previous attempts from 2005 on had each failed, one sadly with a fatality as a climber fell in to a crevasse.

By “second goal” Bargiel refers to another first ascent/ski descent of the previously unclimbed peak of Yawash Sar II (6,178 m) on April 30 the pair completed as they acclimatised for the Laila Peak conquest.

Bargiel has previously told InTheSnow that he still has plans to become the first man to ski down Everest without using oxygen.  The project first announced in 2019 has been delayed first by unsuitable conditions and more recently by the pandemic.