A ceremony has taken place in Kitzbühel in which the winners of the Super G and Downhill races in the 2019 Hahnenkamm races last January have cabins on the Hahnenkamm gondola lift named after them.

This year’s winners were Germany’s Pepi Ferstl, a first-time winner, although his father Sepp won the Hahnankamm Downhill 40 years before, and Italy’s Doninik Paris, a 4th time winner.  Paris again got cabin 45. 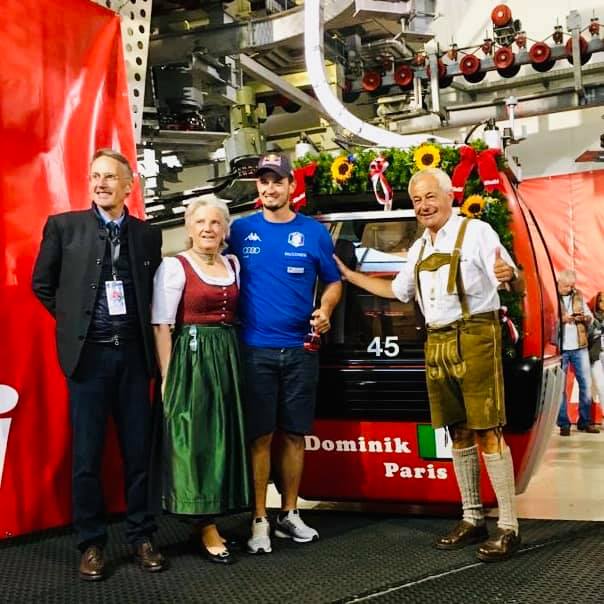 Former winners including Felix Neureuther and Marco Büchel, who won their gondolas in 2014 and 2008 attended the event, as did Pepi’s father Sepp who won the race in successive years, 1978 and 1979 and commented,

“It’s a special experience, particularly if your son wins the Hahnenkamm!”

Summer Escape in Lakes and Mountains of Tirol