The Biggest Biking Events In Europe 2016

The numbers of skiers and boarders hitting Alpine slopes each winter has remained fairly static for decades, but since the turn of the millennium the number of people arriving here in summer for biking has exploded, and the rate of growth shows no sign of slowing down.

Resorts continue to create ever better road and mountain biking trails that are open all season, but there are also big events – some like the world’s best road and downhill biking events you can come to watch; others are mass participation events you can sign up for and join in.

Here are some of the biggest in the Alps for 2016:

Crankworx has grown into one of the biggest events in the downhill biking world over recent years. Originating in Whistler BC, it’s now a world tour which kicked off in New Zealand in March this year, has been to France for the past five years and rounds off back in Whistler. 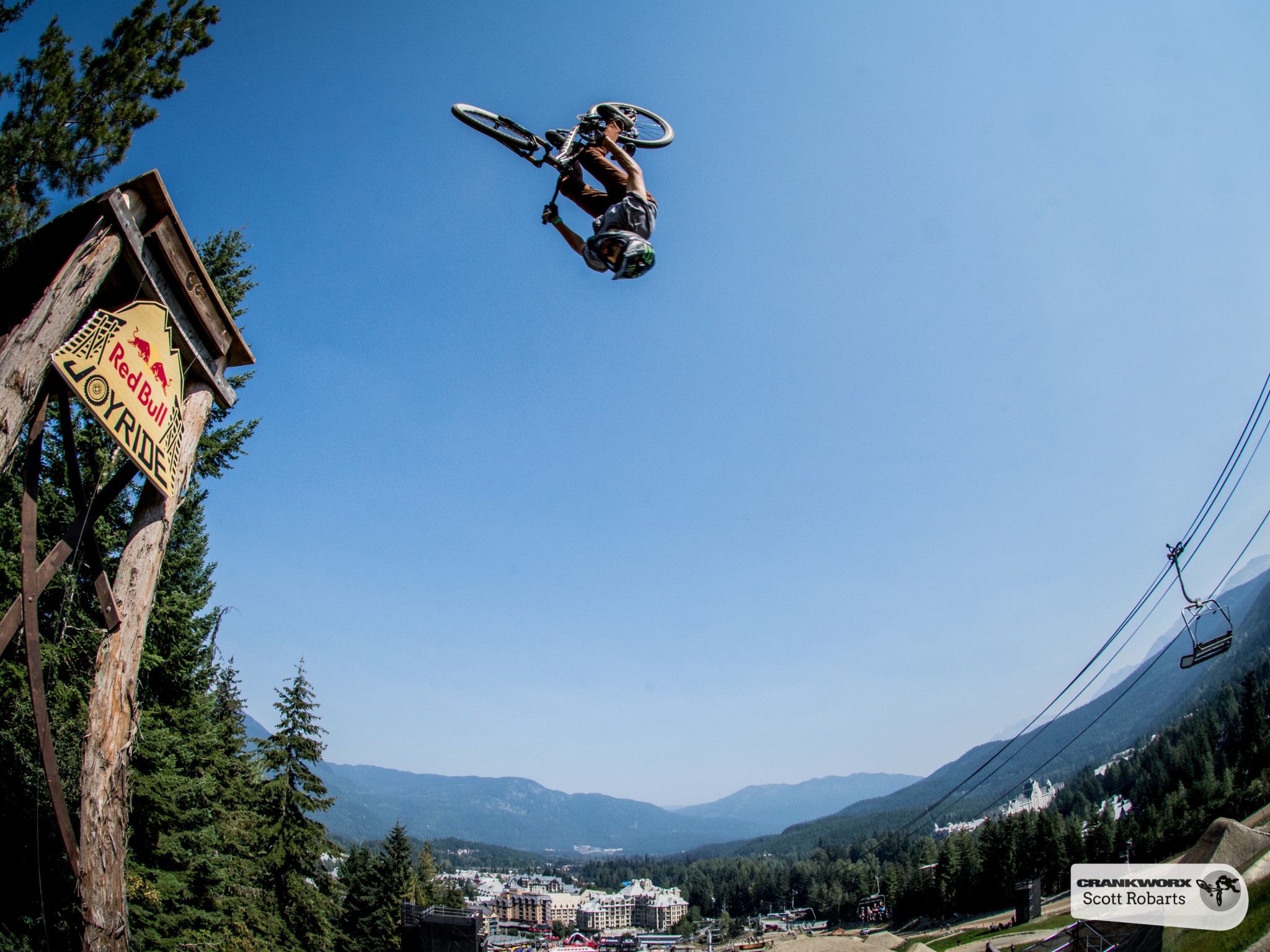 Landing in Les Gets this spring is only natural, as the famous ski village in the Portes du Soleil has also been a pioneer mountain biking destination for both mountain bike tourists and racers. It has previously hosted five World Cups and numerous French nationals. Mountain biking fans the world over are well familiar with its steep, verdant alpine trails.

“Back in the ’80s, Les Gets was one of the first regions in the world to use its lifts to shuttle riders, and its 2004 UCI World Championships is the stuff of legends. This is a location steeped in the culture and history of our sport, and we are thrilled to be adding the region to the World Tour,” said Darren Kinnaird, Crankworx World Tour General Manager. 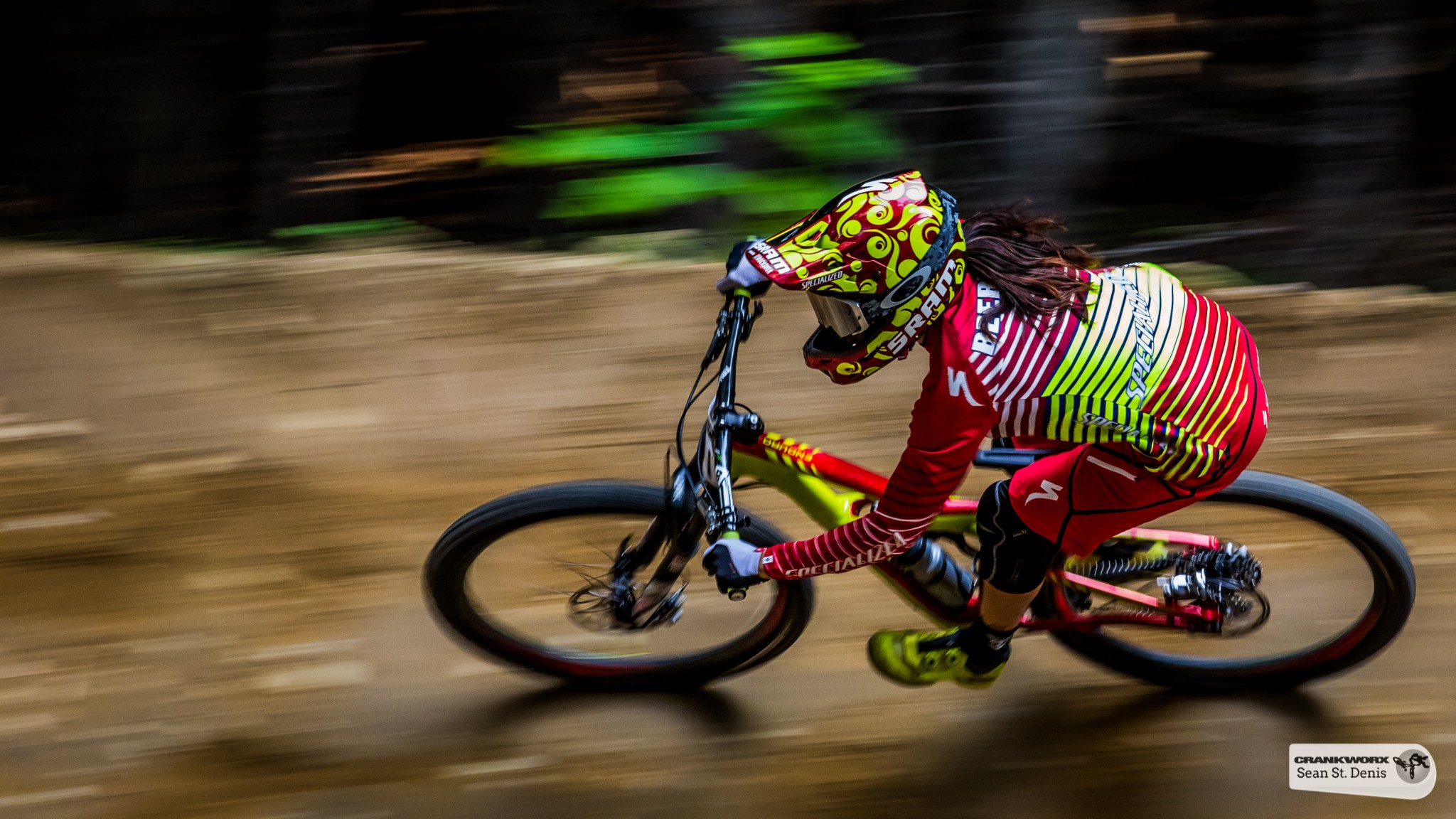 The resort hosts 95km of biking trails, has three dedicated lifts and is only an hour’s ride from Geneva airport, giving it the classic Crankworx touch: a place to ride the best terrain alongside the best riders in the world, while watching the world’s best racing.

The Crankworx World Tour arrives one week before the 80km Pass’Portes du Soleil race. With a family pump track already built for the village square, and riders en route for the 12th year of the Pass’Portes du Soleil, it is expected the inaugural Les Gets festival will draw epic crowds of all ages right out of the gate. 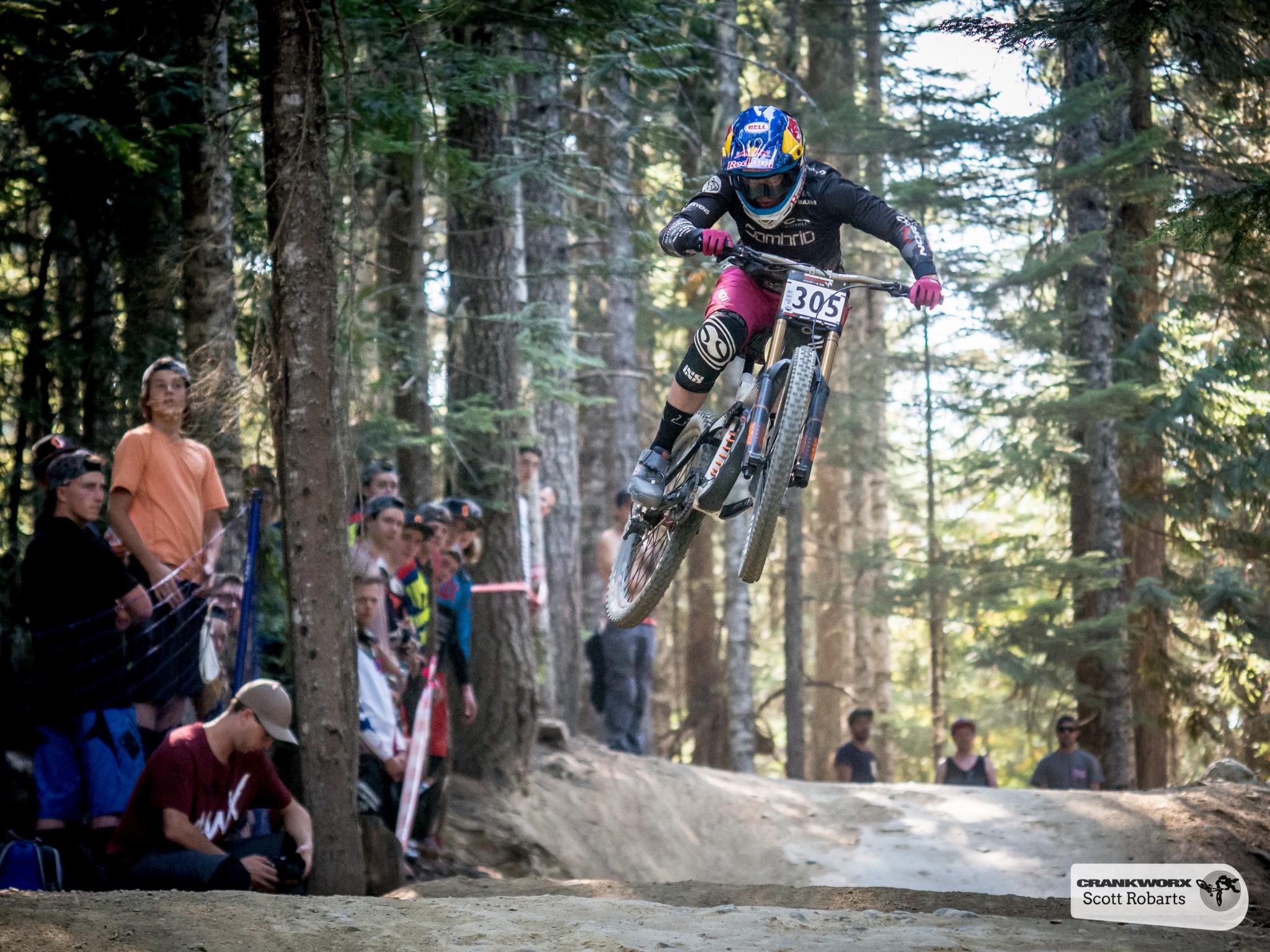 Summer holidays in Les Gets are offered by Chalets 1066: chalets1066.com

On Saturday 21 May, the 14th leg of the 99th Giro d’Italia will finish in Alta Badia, in the heart of the Dolomites. It’s the first time the famous race has reached the famous ski resort since 2002, and the leg in Alta Badia allows you to see the bikers pass by at least three times. If you want to see more than the final rush, head to Passo Pordoi to see the first lap; then follow the second to Arabba. You will still have time to move towards Corvara at the finish line and follow the final sprint.

If you want to stay put, though, the “Giro d’Italia Fan Zone” will be positioned in the centre of La Villa. It will feature a live screen to follow all the route and support the bikers before their climb on the Mür dl Giat, the “cat wall”, with a 19% steep incline.

During the Giro d’Italia weekend there’ll also be the chance to ride some of the “Pink Race” routes with local expert guides showing bikers every nook and cranny of the Dolomite passes.

And après-ski becomes après-leg. The famous après-ski bar, L’Murin, in the heart of Corvara, where skiers stop to dance to the sound of groovy music during winter, will welcome the Giro d’Italia.

Biking continues all summer in Alta Badia, and on 19 June the 11th edition of the Sellaronda Bike Day will be staged. On the day roads are closed to traffic between 8.30am and 3.30pm, and the bikers are kings!

Les 2 Alpes has built a reputation as one of the leading biking destinations in the Alps over a number of years, seeing the potential growth of this market years before most other resorts. There’s an eclectic mix of biking events here each summer with new ideas to check out every year, and 2016 is no exception. 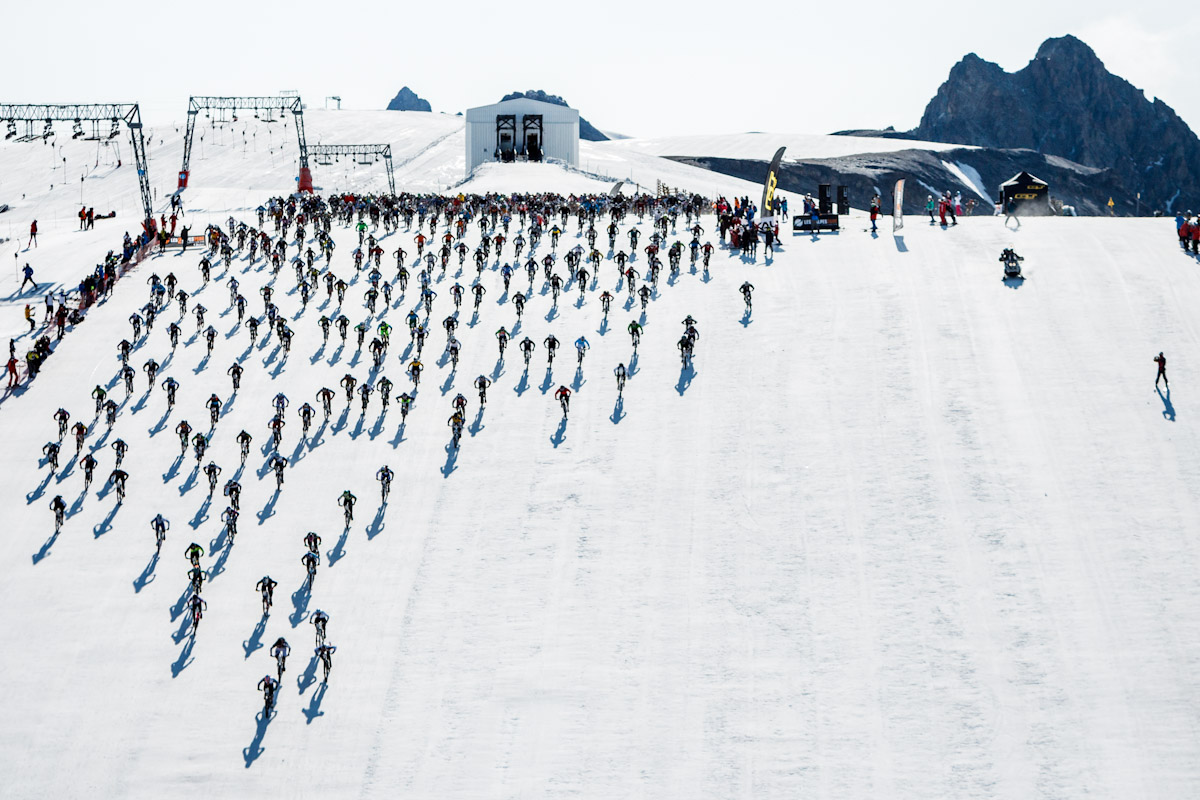 However, the Mountain of Hell remains their flagship race, staged this year from 1 to 3 July. It is a downhill mountain bike race where amateurs and professionals take on a challenging and spectacular course which starts on the glacier at 3,400m with spectacular views across the Alps and includes 2,500m of descent over 25km. Over 700 riders will take on the qualifying rounds, which start on the Friday, with the main event taking place on Sunday. Riders will face snow, ice, scree, rocks, plants and mud. The fastest riders arrive in less than 30 minutes, and first over the line wins. 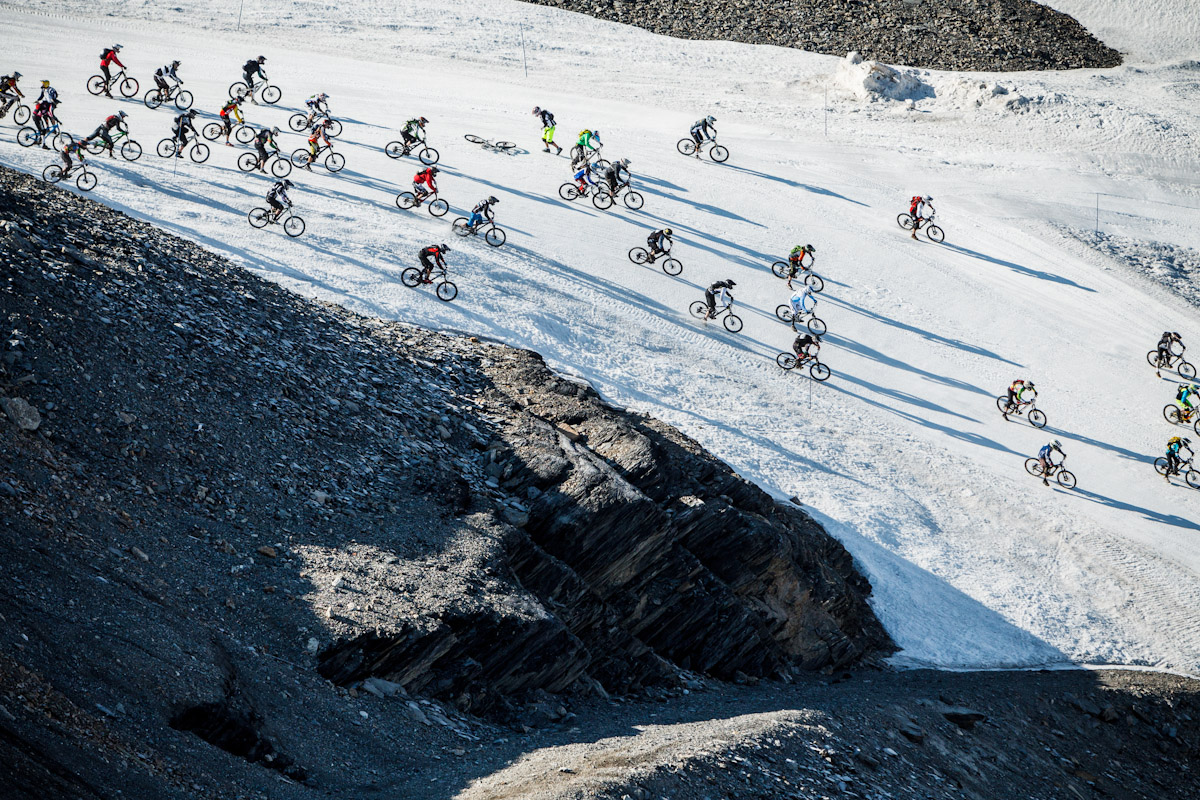 Austria’s Tirol region doesn’t do things by halves when it comes to mountain biking. The area operates the Tirol Mountain Bike Safari, a long-distance route criss-crossing the heart of the Alps with over 780km of twisty, fun mountain bike trails. If you do the full distance, it involves a total of 32,000m of elevation gain, but helpfully there are 22 cable cars along the way to lift you up most of it! This being Austria, everything can be organised including luggage transfers and accommodation en route, and you can see videos of the route and download a planner online – all via tyrol.com 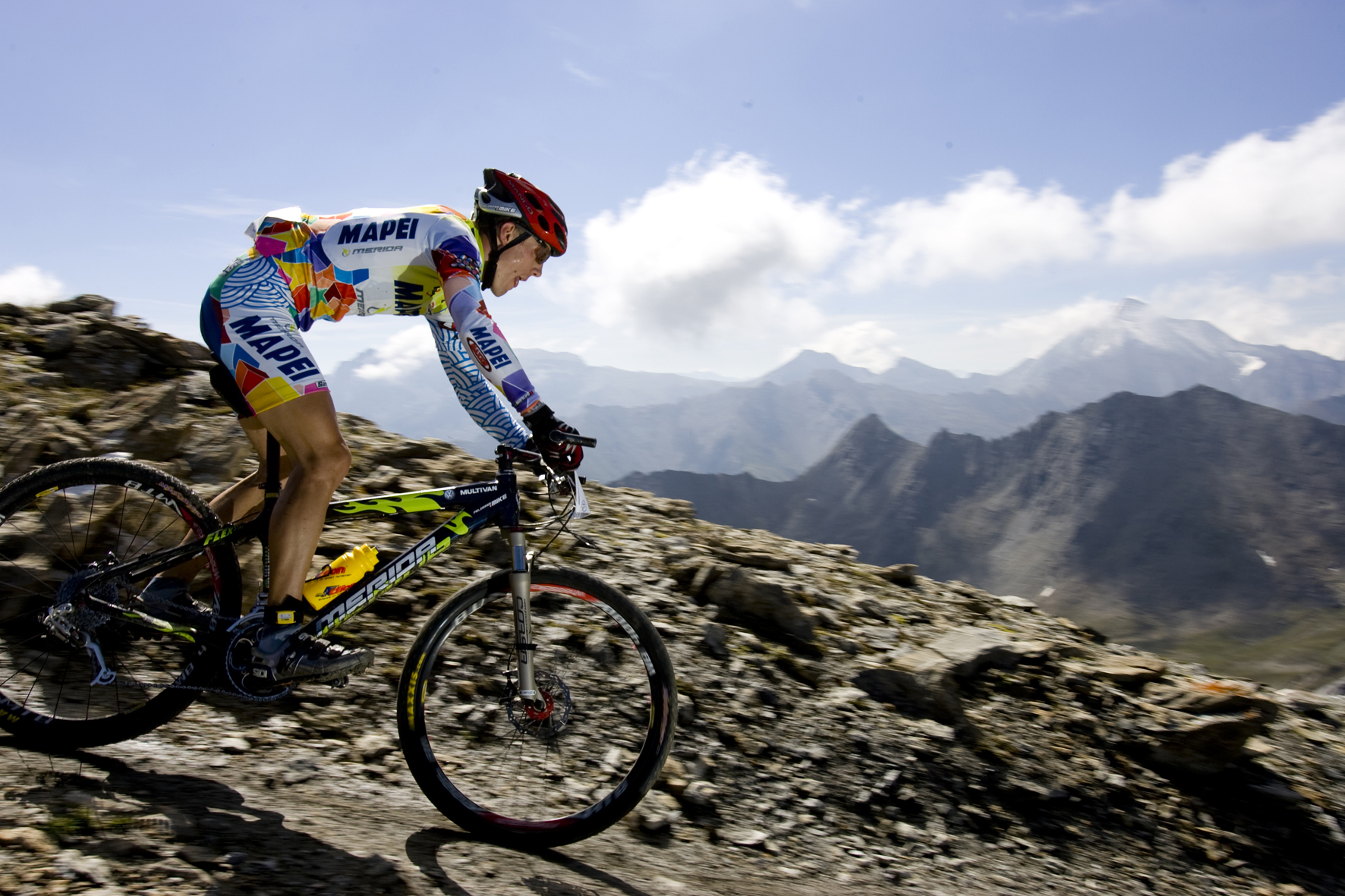 You can also sign up for some of the big mountain biking events in Tirol this summer if you wish including the KitzAlpBike Festival, a whole week of biking events for all ages, abilities and tastes staged around the Kitzbühel-Brixental area in late June.

Later, in early August, the legendary Ischgl Ironbike is back for its 22nd staging with a new format making it a multi-day MTB festival with a choice of race formats, an extensive exhibition area and events for all the family.

Events will include a new night-time hill climb race up some 1,000m of altitude difference on a floodlit route and the Ironbike Junior Trophy for kids aged between 5 and 12, who’ll get to sample the real racing atmosphere. There’ll also be the “Easy Ironbike”, which has been designed to a beginner’s level tour suitable for everyone. 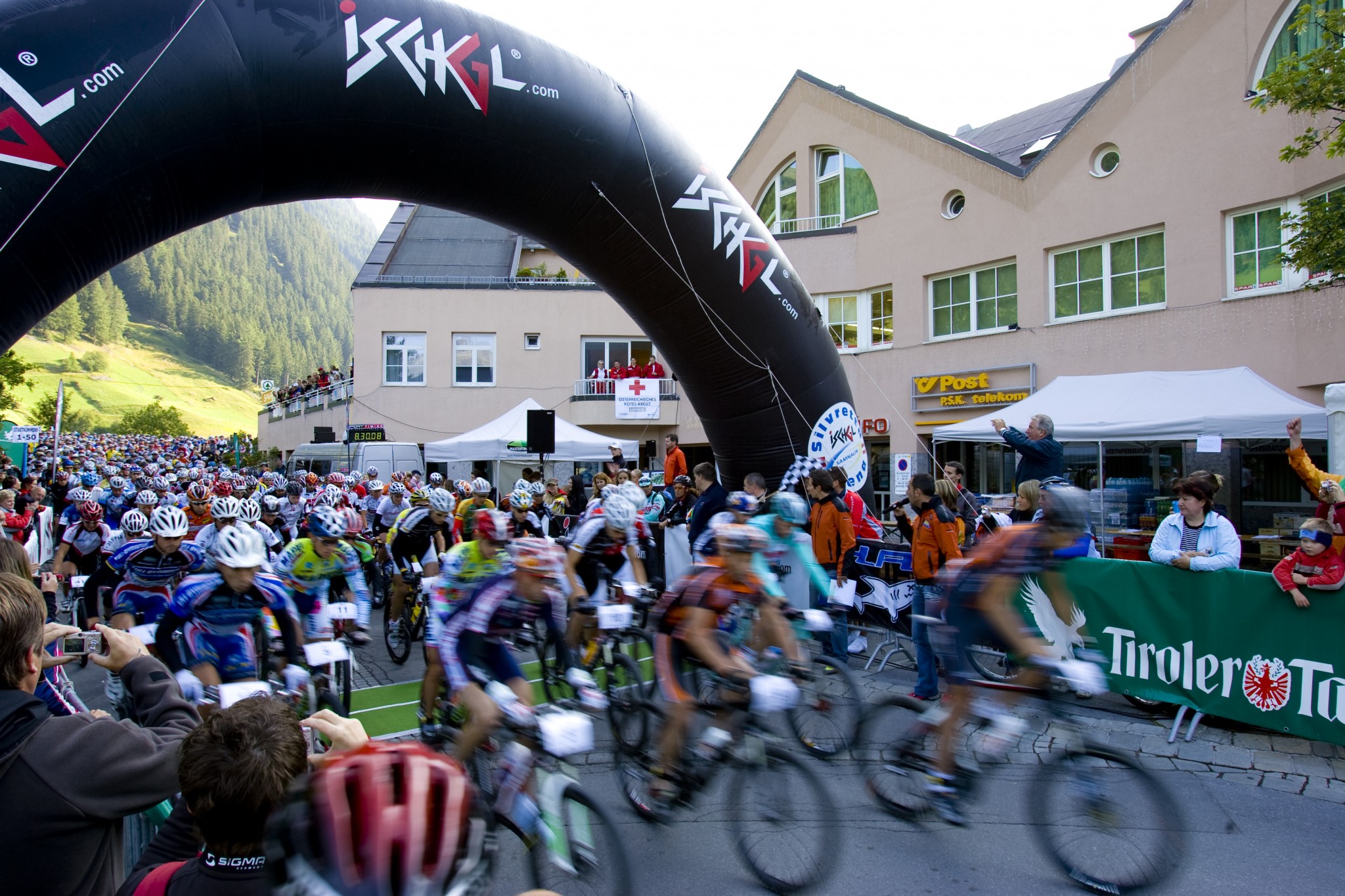 Despite the expanded format, the highlight of the event will remain the crowning finale, the Ischgl Ironbike Marathon race on 6 August, with prize money of over €20,000 (about £15,800) up for grabs and three different route lengths.

The Tour de France is a huge annual event in the French mountains, passing through numerous ski resorts and involving some of the most famous climbs on the tour.

One of the most exciting stages, almost midway through the race, is the 20th, a 146km stage which takes the riders between two of the country’s great ski resorts. The race begins at Megève, 1,050m above sea level, and sees no less than four major climbs to passes 1,500m–1,600m up before descending to Morzine.

In 2014 this leg played a crucial part in the whole race. On the way to Courchevel, Alberto Contador lost ground while Britain’s Christopher Froome struggled against a royal breakaway led by the likes of Romain Bardet. Mikel Nieve won the stage, but the performance of the day was from Andrew Talansky, who eventually went on to win the race.

Two weeks before this stage, cyclists can join the 15,000 cyclists in the Etape du Tour riding the same route as the pro riders in the Tour de France on closed roads.