The strong performance of Farkasova of Slovakia proved too good over the two Slalom runs though Knight and Wild did win the second run, but the damage had been done in the first where Farkasova had built up a commanding lead that she was not going to relinquish.

Knight and Wild’s second run was closer to the form that had seen them win all the world cups since mid-December, however the price of that heavy fall in the finish area of the Downhill has been a slight drop in performance that has let the Slovakian come to dominate at these championships. Though more gold has eluded Knight and Wild at this World Championships, there are many positives to take away, not least getting back to beating the winner in that last Slalom run.

For the team as a whole, there was great pleasure in watching Menna Fitzpatrick and Jen Kehoe come back from their pre-season crash to podium and come 4th in yesterday’s Slalom, a valuable learning experience for both. James Whitley put in a solid two runs to finish 7th overall in the Slalom which was a positive finish to his championships following not quite delivering on his ambitions in the earlier races.

The team now take a well-earned break before packing up and heading east to South Korea for the final legs of the IPCAS World Cup in next year’s Paralympic town of Pyeongchang where the British team hope to get back to the winning ways they were enjoying in the lead up to these championships. 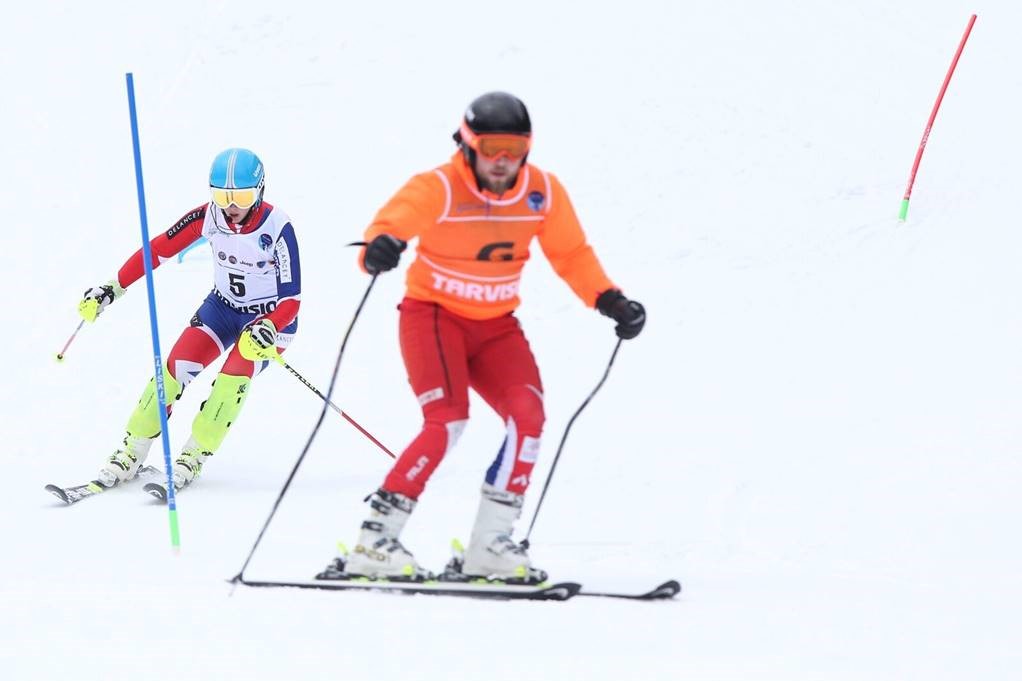 Speaking after her run Millie said: ‘These championships have been such a thrill and the results a fitting culmination to a lot of hard work.  If you had said to me a year ago that I would walk away from here with a gold and three silver medals I would have laughed at you, but the hard work and the support of National Lottery and sponsors like Get Kids Going and the expertise of the coaches and the Scottish Institute of Sport have really helped me deliver here for the team.’

Speaking after her run Menna said: ‘This championships has been a wonderful experience for me and I can only thank Jen for working with me through the difficult times after my injury when the results were not going to plan and we were a long way off the pace.  Yesterday’s medal was fantastic, but to be competitive here today was also a great way to finish off these championships.  I am really looking forward to the next World Cups in South Korea and hope to improve again there.’

Speaking after his run James said: ‘I am really pleased I delivered a better performance in this last race.  Slalom has always been a favorite discipline of mine, and though I have really enjoyed learning to speed race this year, the results at these championships have not been the best, so it was nice to finish on a good note with a solid top 10 result and a platform to build from for next year.