All Aboard To Klosters

I was pretty excited to get to Klosters last winter as I had never been skiing in Switzerland before and didn’t know what to expect. My visit started well: arriving by rail through spectacular Swiss Alpine scenery was very memorable. The red train I was aboard crossed a plain white valley surrounded by superb natural Swiss scenery to really get you in the mood. 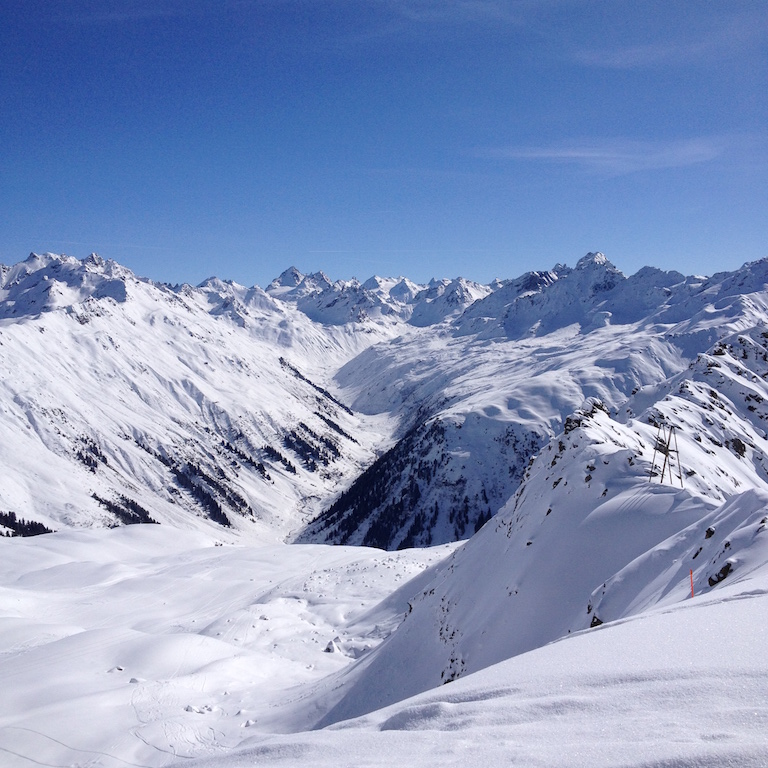 After arguably the most scenic train ride I’ve ever enjoyed, we pulled into Klosters, where the village’s cosy charm immediately welcomed me. Part of the canton of Graubünden, the biggest state in Switzerland, Klosters isn’t small, though; it’s a sizeable and traditional-style village with a relaxed atmosphere.

Klosters shares 320km of slopes with Davos, spread over five widely separated areas – Rinerhorn, Jakobshorn, Pischa, Gotschna and Parsenn – allowing you to ski a different mountain every day for a week if you wish. The full ski area is available on one pass, bus and train ride to the slopes included.

To get over to the Davos side, take the cable car from the centre of the village to reach the summit of Gotschna and then carry on over to Parsenn, the largest and most varied mountain. There’s a great choice of runs, from wide open slopes to skiing through the trees, and with terrain to suit everyone from beginner to expert. The ski area contains plenty of pleasant runs, many through frosted forests, ideal for beginners and intermediates. 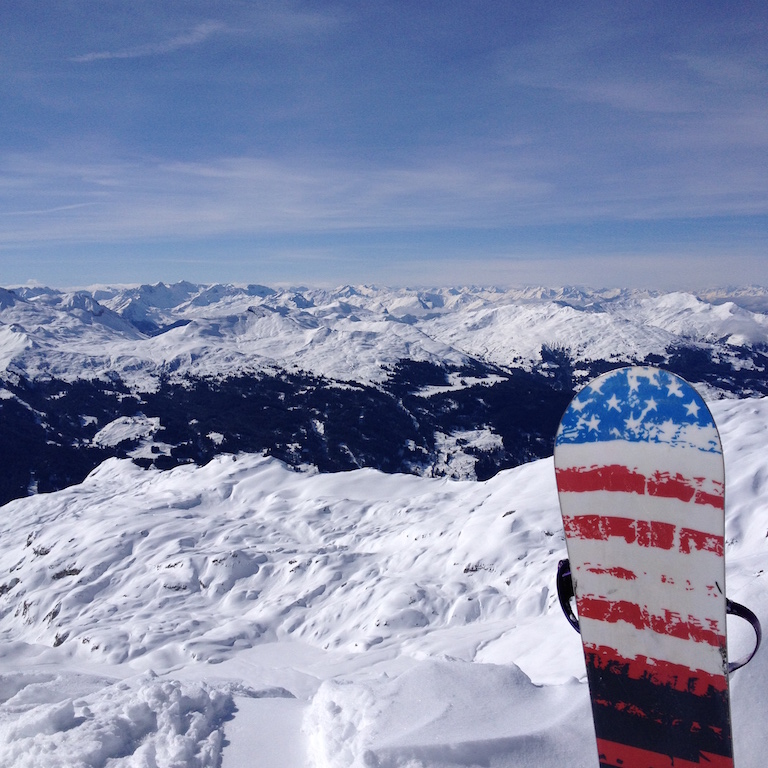 Keen skiers can also take the mountain train to the slopes of Davos at Rinerhorn, Jakobshorn and Pischa. While Rinerhorn is quieter and for nature lovers, Jakobshorn is particularly snowboarder-friendly, with a breathtaking view of the surroundings of Davos high up on the mountain. Pischa, with only one cable car, is now a freeride-only area that offers great off-piste itineraries for good skiers and boarders. Alternatively, take a five-minute bus ride out of Klosters village to go to Madrisa. The resort is tailored for families, with wide and easy slopes where children can enjoy various ski kindergartens. Don’t miss out the stunning panoramic view at the top and the skiing by the river in amazing scenery on the way down.

Davos Klosters is such a snow-sure ski resort that this season the slopes have been open for more than six weeks already, opening at the end of October, and the Madrisa sector local to Klosters village has seen a huge improvement with fancy new lifts and many other upgrades.

From tuberculosis treatment centre to upmarket skiing destination and even annual host of the World Economic Forum, attracting world leaders and the bosses of the planet’s biggest companies each January, Davos Klosters has a long history as a world centre for tourism. Before being well known as a ski destination, it was a health spa destination during the summer.

Tourism really started in the middle of the 19th century with the construction of the Rhätische Bahn (Rhaetian railway), which changed everything, putting the sanatorium business into decline in favour of winter sports tourism. Before skiing became prominent, tobogganing, ice-skating and curling built the resort’s initial recreational reputation.

Skiing arrived in Davos Klosters at the end of 19th century almost before anywhere else in the Alps. Tobias Branger, a local shopkeeper, got the idea of skiing from Scandinavia, where it had taken hold particularly in the Telemark region, and he practised his odd new sport by night a century and a quarter ago, as he was regarded as a bit eccentric for even trying it. However, a visit by the famous author Sir Arthur Conan Doyle, who decided to give Branger’s version of skiing a try, changed everything. Conan Doyle’s write-up of his ski adventure convinced hundreds of Brits to come to Switzerland for the ‘skiing’ season as well as in the summer. The Davos English Ski Club was established in the winter of 1903 and the Ski Club of Great Britain in 1904, founded by English brothers Richardson and brothers Wroughton. 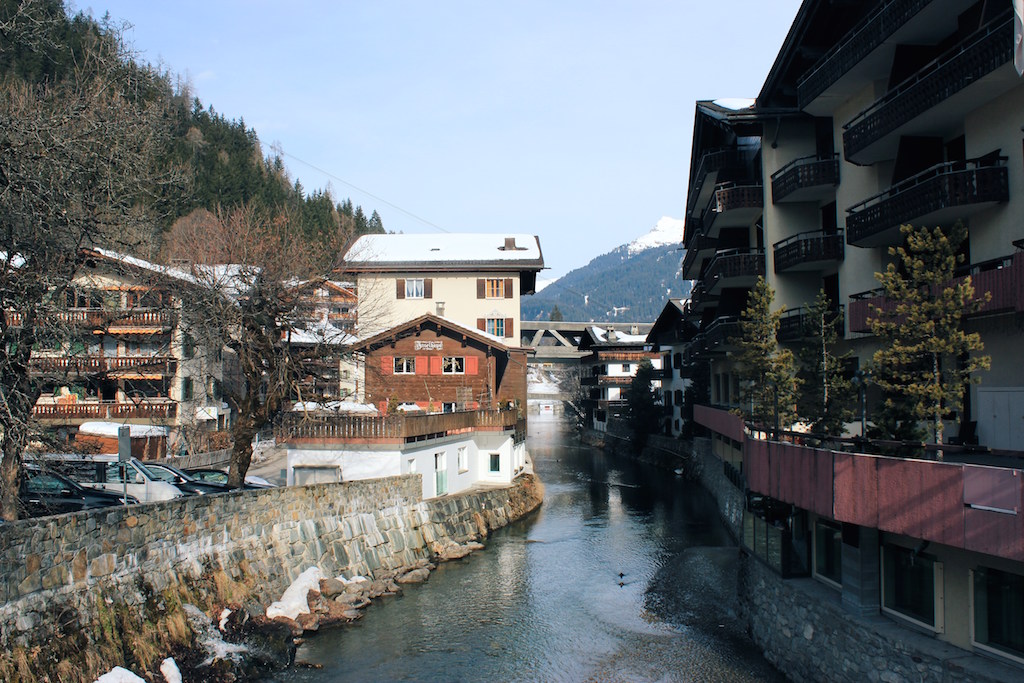 On the slopes, head to the Berghaus Alte Schwendi for a nice lunch on the mountains. The place serves traditional Swiss dishes and drinks and is located perfectly, at the end of a long downhill run. Or try the Madrisahof, an old-style wooden Alpine cabin that offers a combination of cosiness and modernity. The view from the terrace overlooking the mountains is spectacular. For a drink on the slopes, go to Joe’s outdoor bar at the Gruobenalp, a ski hut with breathtaking views of the valley and the landscape around Davos Klosters.

In the evening, the Silvretta Hotel (silvretta.ch) has a lovely little old-fashioned bowling alley in the basement, so is great for an evening of supper and bowling. The dining concept at Rolf’s Hot-Stone Restaurant (rolfs-hot-stone-klosters.ch) allows you to cook your fresh meat or seafood on a searing hot slab of stone. Very tasty! Finally, the Casa Antica (casaantica-klosters.ch) is part of Klosters’ nightlife, a local institution where everybody celebrates until the early hours.

Hotel Alpina is a very cosy and very Swiss hotel. The location could not be better, opposite the railway station and the cable car. Wherever you stay, you can’t visit Klosters and not go to the Chesa Grischuna Hotel (chesagrischuna.ch). Built in 1938, the Chesa Grischuna is a legendary hotel with a unique atmosphere. It’s one of the most authentic, traditional-style hotels you can find, with mural paintings and woodwork maintaining the “Landi style”. Chesa is also known as “Hollywood on the rocks”, with all the writers, celebrities and movie stars who have loved to stop by since the early 1950s. 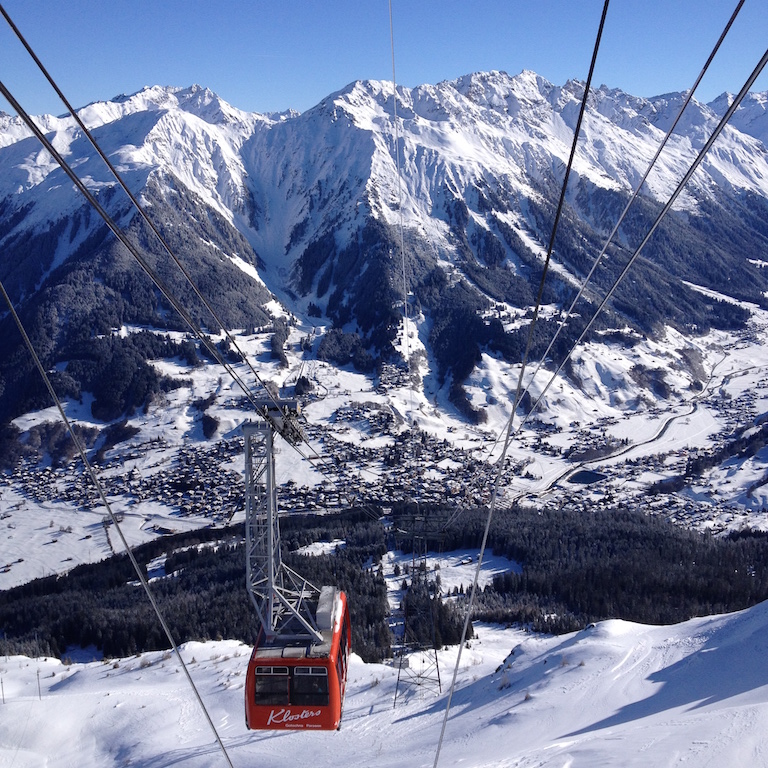 The village’s authenticity also famously draws royal families here to enjoy ski holidays. A long-time favourite of Prince Charles, a regular for so long that a chairlift has been named after him, Klosters has a name for being quiet and discreet. You can’t get a word out of local residents about the presence of those distinguished guests. Rather than that, with their warm welcome, they’ll be keen to show you the best of their village!